3 years ago by Adam

A NPC Aggression Timer plugin was added, which shows how long until NPCs near you will become unaggressive, and how far away you have to walk before they will become aggressive once again. 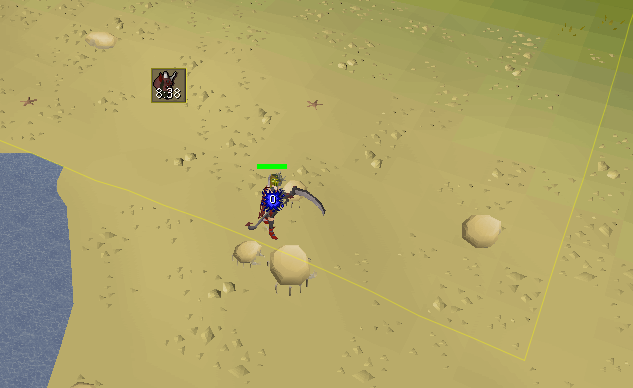 The combat level plugin can now show the level range of attackable players near the wilderness skull icon, similar to how it is on PVP worlds.

Most coordinate clues now show a description of where they are in addition to showing on the world map.

A chat filter plugin was added, which lets you define words and patterns to filter or block from chat messages. With a handful of patterns it is easy to filter out a majority of the bot spam at the GE.

For example the patterns:

is highly effective against the current spam. 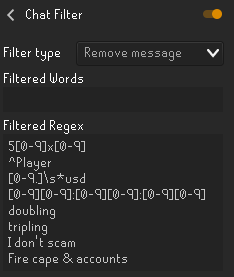 We may open up a channel on Discord for users to share patterns similar to bank tabs.

Even though this is a rather crude solution to the spam epidemic in RS, and spamfilters are in general a solved problem, any solution which is much more technically involved would require us to:

Additionally, it would allow the project to unilaterally decide what is and is not spam, which I would rather it not be capable of doing.

We had 14 contributors this release!